On opening night for the Skyhawks, they could not have asked for a better start.  With only 5 players available for the game due to COVID protocol, they knew it would be a tough night.  Hailey Walters got it going early as Alejandra Padilla found her in transition for some great shots.  Skylar Savage played great defense on Elmhurst’s big post players and the rest of the team rebounded very well.  At the end of the first quarter, Sauk found themselves up 22-15.  During the second quarter, Josie Rank and Hailey continued to outrun the Blue Jays and score in transition, as well as an Ainsleigh Hendrix hit a big 3 pointer to increase the lead.  A great team effort on defense allowed the Skyhawks to outscore Elmhurst 21-10 in the quarter.   After building a 43-25 lead at half time, they know fatigue would come into play in the second half but they just kept battling. Some big shots from Linsday Novak for Elmhurst allowed the lead to  get cut to 9 points going into the fourth quarter  Skylar Savage hit a huge bucket as Elmhurst had grabbed the momentum and cut the lead to 5. Down the stretch freethrows were the key and the ladies stepped up and made them!   Josie Rank was 7-8, Alejandra Padilla was 2-2 and Hailey Walters was 2-2 to secure the victory.  Alejandra Padilla finished the night with a triple double, 13 points, 12 rebounds and 11 assists!  Josie Rank finished with 24 points and 12 rebounds for a double double.  Hailey Walters scored in bunches to finish with 30 points.  Both Skylar Savage and Ainsleigh played terrific defense and helped the team play together to get their first win.  Great job by all five players and what a gutsy performance.  Final score was 74-62.  They will turn around and play again at home on Wednesday with just 5 players again.  Keep it going ladies! 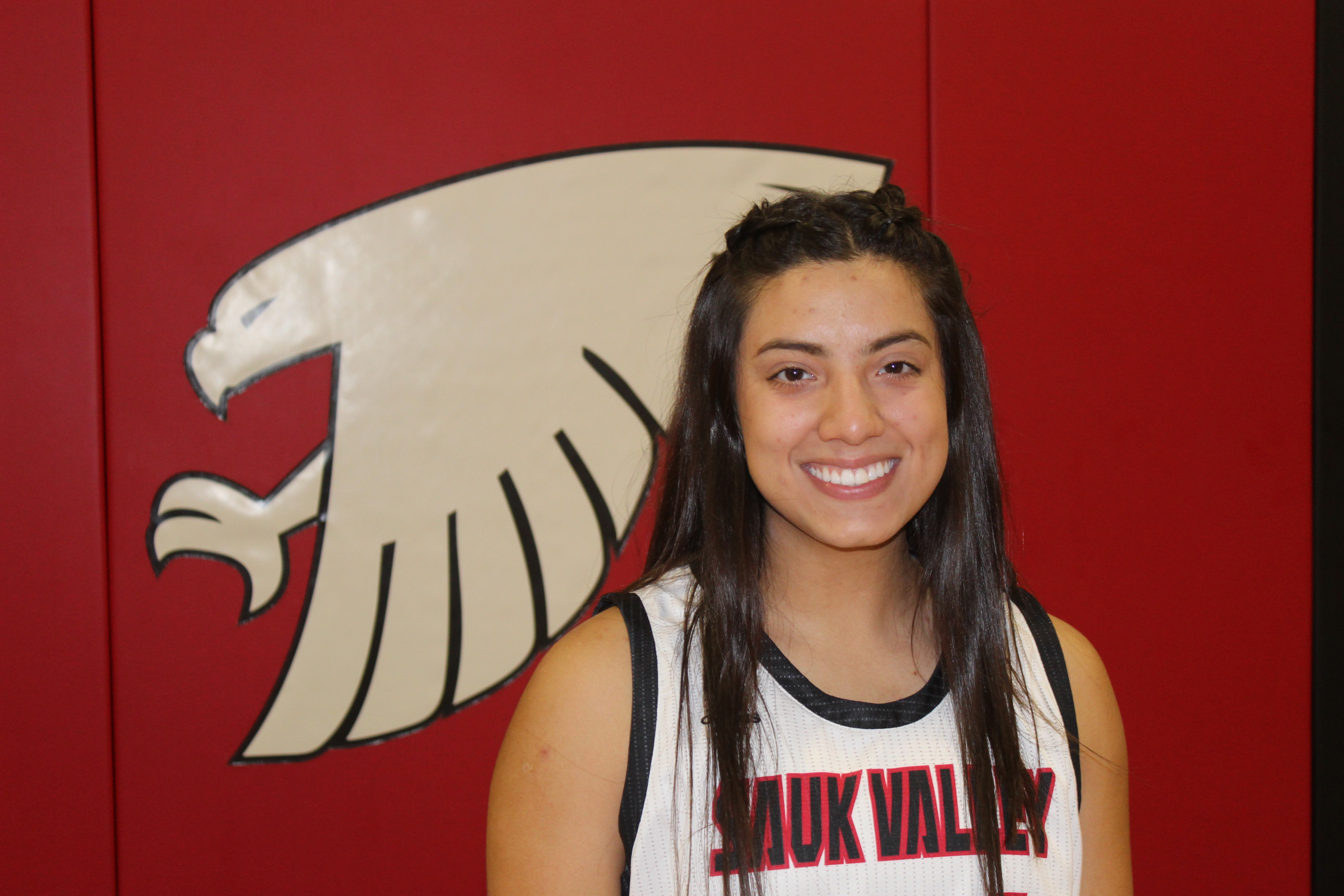